The Alchemy Of Private Equity Explained 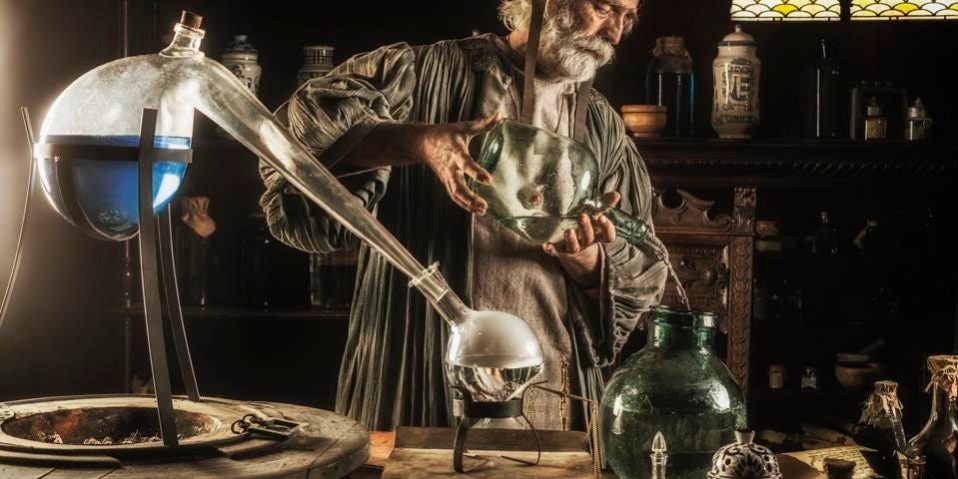 This article was originally published in Forbes.

Business owners are often intimidated by the mystique and the limited information available about private equity (PE) firms and how they operate.  The goal of this article is to help explain their mechanics and typical strategy. PE buyers are neither inherently better or worse for sellers, they just have specific characteristics and implications that you should fully understand before selecting your new financial “spouse.”

The goal of a PE investor is to invest in or acquire private businesses with the objective of generating investment returns through dividends and/or capital appreciation.  The latter generally occurs due to A) revenue growth, B) improving margins, and C) from increasing valuation multiples typically associated with higher levels of earnings, often known as multiple expansion (stay tuned for a future article, which will cover this in greater detail).

Most private equity funds capitalize upon this last factor by acquiring several smaller companies at one valuation multiple and then reselling the packaged group at a higher valuation multiple.  This results in a natural “food chain” as companies consolidate: Small lower middle-market funds start with an initial ‘platform’ business that has sufficient scale and a good organizational foundation to absorb additional add-on (or bolt-on) acquisitions, along with some organic growth initiatives.  Eventually, the fund will sell this bigger company to a larger middle-market fund which will then pursue a similar strategy aggregating and (sometimes) integrating similar assets that are packaged with the intent of selling to an even larger fund.  This process continues as the asset gets continually larger and eventually ends with an acquisition by a large (often public) company or an IPO (less common nowadays).

Because lenders prefer it as safer and will therefore lend aggressively, most PE funds prefer to invest in businesses that generate stable cash flows and have downside protection and/or asset-light business models that can efficiently scale.  My firm recently went through the exercise of refreshing its database of over 2,000 PE investors focused on US middle-market businesses and found a number of commonalities across their ideal investment characteristics such as:

Because of these preferences, you often see many of them interested in similar industries, with the most common being:

While there are significant similarities between funds, there are many nuanced differences, which are important to understand when assessing the best fit for you and your objectives and preferences.  “I have been fortunate to work with many incredible private equity firms throughout my career on both the buy-side and sell-side,” said Reggie Zachariah, a corporate shareholder at Greenberg Traurig. “I have seen examples of many successful partnerships between PE firms and founders that have created a lot of value for both sides. While it’s easy for a founder to focus solely on price, it’s very important to find the right partner who can work together with the founder to create long-term value.” Among the key differences are:

Unlike real estate transactions where the entire purchase price is paid in cash at closing, most deals are much more complicated, using a variety of different payments often with the objective of aligning incentives to ensure a smooth transition and minimizing the initial cash outlay, which helps boost the investment’s financial return. Here’s a relatively representative transaction structure:

Funds are operated in accordance with their guiding legal documents.  Characteristics that are relevant to a potential seller include:

PE funds get paid an annual management fee to find investments and their investors expect the money to be quickly deployed so they can generate returns.  Because of this, if they really like a deal, funds are nearly always responsive and generally can make decisions and fund quickly (we’re seeing the ability to close within 45 and sometimes 30 days of the signing of a Letter of Intent (LOI)).

Funds spend a significant amount of time and money sourcing their future investments and most have fully dedicated Business Development teams who are handsomely incentivized to proactively “scout” for new opportunities.  Eventually the relationship is handed off to a hierarchical investment team that analyzes, negotiates, and executes deals, if warranted.  The team is typically comprised of a young analyst (generally in their early 20s, and responsible for doing detailed financial analyses and to project manage the details through closing), a vice president/ director (generally in their late 20s to early 30s, who leads the execution and will likely be your daily point of contact during any confirmatory due diligence) and a partner (anywhere from mid- 30s to 70+ years old, who is responsible for negotiating the major decisions).  While the partner has a great deal of influence, they may not be the final decision maker, particularly in larger funds that require decisions by a formal investment committee– always ask prospective buyers early on who makes decisions and how they are made.

While PE funds with committed capital frequently advertise their assets under management, they almost never have it as cash on hand.  Rather this number refers to the amount of cumulative commitments that the investors have obligated themselves to.  When the fund decides to make an investment, it issues a “capital call” requiring those investors to send in their proportionate allocation of the purchase price a couple of weeks prior to closing.

PE funds are most frequently measured and compared based upon the investment return they generate, often referred to as an internal rate of return (IRR), which is equivalent to the interest rate you receive on your deposits at the bank.  What is important to know is this return is highly influenced by how quickly the money is returned.  Because of that, the funds often have a tendency to try and flip their acquisitions as quickly as possible.  While the average fluctuates over time, the median hold period for a PE investment is approximately 4.5 years. 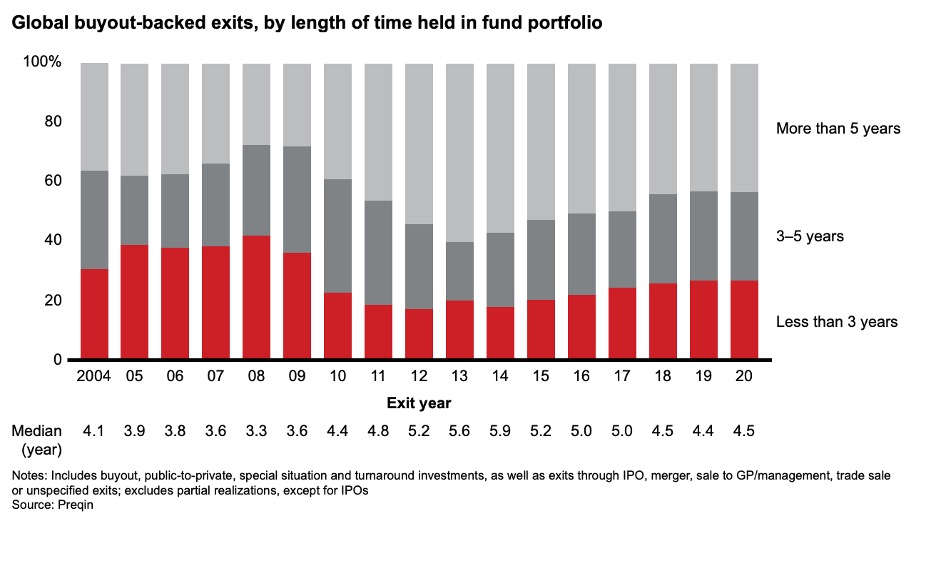 Done well, private equity funds deliver higher returns relative to the general stock market.  While the range varies greatly, most funds target an IRR north of 25% for each deal they underwrite.   Here is a simplistic illustration of the financial mechanics of a typical private equity deal showing how they generate these returns:

While this article was focused on the structure and mechanics of PE investments, stay tuned for my next article which will dive into the typical playbook, explaining how these firms execute the strategies and tactics to boost operational and financial performance.

Don’t Get Bamboozled By Your Investment Banker
May 27, 2021