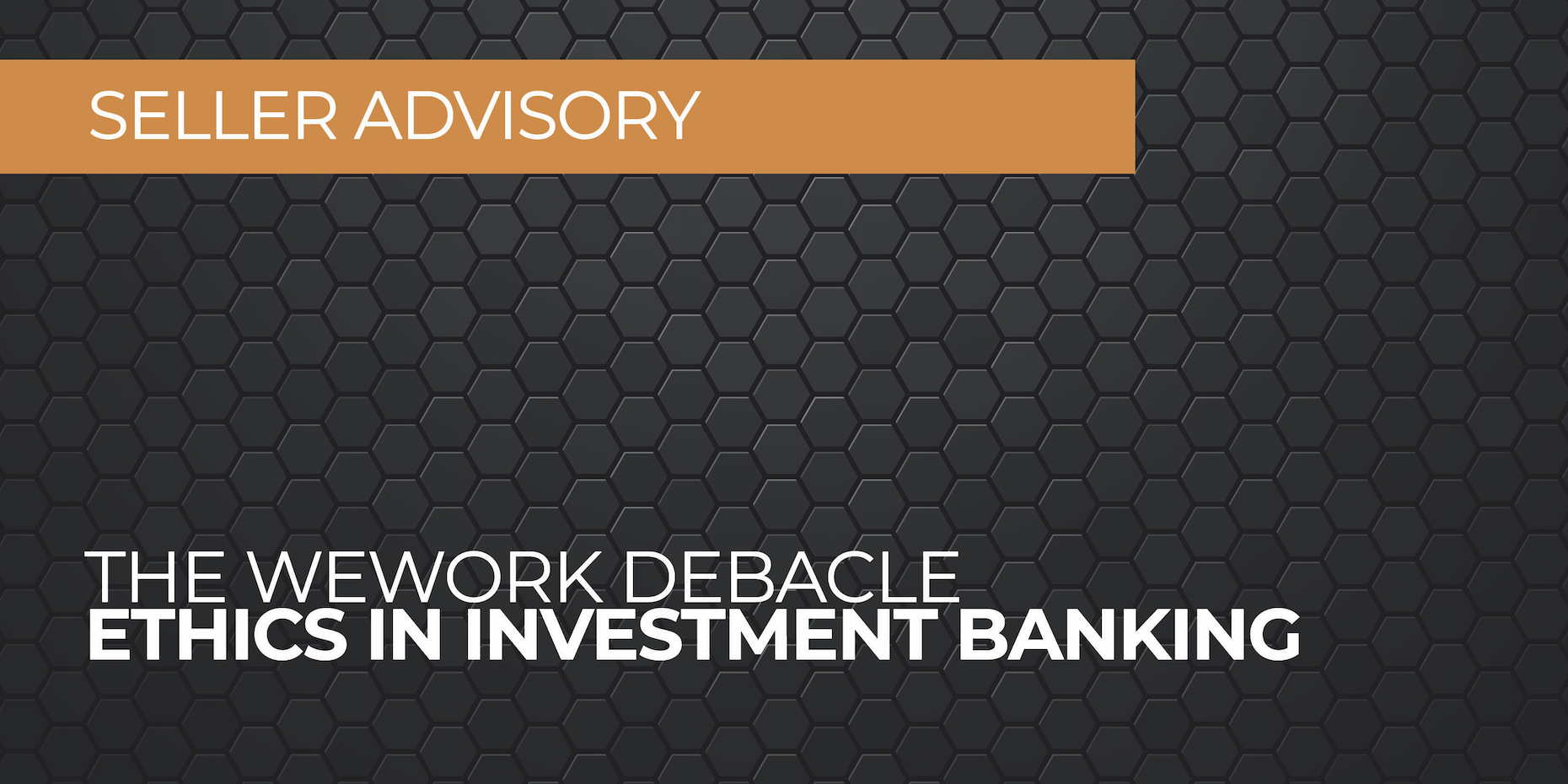 WeWork is Silicon Valley’s latest fallen angel.  The co-working start-up raised an enormous amount of cash from venture capital firms, with a final private valuation of $47 billion (roughly ten times the valuation of its profitable peer).  But, when the company took its first steps to go public in August of this year (revealing the cold hard facts), the fairytale began to unravel.  In a matter of a few weeks, a company that was expected to hail as much as $100 billion in its initial public offering (IPO) was facing concerns of bankruptcy.  So, what went wrong with WeWork?  And what does a lack of ethics in investment banking have to do with it?

The Signs of Trouble at WeWork Were Always There

In 2018, WeWork lost $1.6 billion despite bringing in $1.8 billion in revenue.  The company spends more than two dollars for every dollar it brings in. Despite its rapid growth, WeWork still has no clear path to profitability.  And, possibly seeking to justify its position as the “workplace of the future,” WeWork invested in or acquired 21 start-ups, most of which are well outside the scope of its business model.

Many of them amount to pet projects of CEO Adam Neumann, who wielded an enormous amount of control over the direction of the business.  These included a wave pool company ($13.8mm investment), a social networking app (~$200mm acquisition), and an online coding school ($40mm acquisition).  Why would an unprofitable start-up invest in other unrelated, unprofitable start-ups?

Neumann himself has turned out to be quite a liability.  Beyond his “party-boy” persona, Mr. Neumann has engaged in self-dealing that would typically drive away investors.  Amongst many questionable deals, Bloomberg reports that WeWork gave him loans while paying him rent for buildings that he owned.

While blame for this blow up ultimately lies with WeWork’s management, and its complicit investors, a lack of ethics in investment banking played a large role.  JPMorgan has worked closely with the company for years, providing both equity and debt for the company as it served as its primary corporate adviser.

All the while, JPMorgan was lending money to Mr. Neumann personally.  Along with UBS and Credit Suisse, JPMorgan provided Neumann with a $500 million line of personal credit, which he used in part to buy stakes in four buildings he then leased to back to WeWork.  The bank provided Neuman with an additional $97.5 million in loans, including a mortgage to buy a 60-acre property in New York.

Given the level of due diligence necessary to provide such loans, JPMorgan had better access to WeWork and Mr. Neumann’s finances than even the company’s largest investors.  So why ignore its ethical responsibility and look the other way? Likely in exchange for the right to manage WeWork’s IPO, which was expected to generate an estimated $100 million in fees.

This behavior is typical—investment bankers often sell prospective clients based upon promising unreasonably high valuation expectations, when they know full well it’s not going to happen.  Due to a lack of ethics in investment banking, firms often say or do whatever it takes to get the work. JPMorgan was not the only bank vying for the opportunity to take WeWork public. They simply won a race to the bottom.

An advisor’s role is to advocate for their clients.  But it is also the advisor’s job to be objective in their assessments and to present their clients with the facts, regardless of how uncomfortable those facts may be.  In the long run, being forthright and honest is in the best interest of both the client and the advisor. Reputation is far easier to ruin than it is to rebuild.  The role (or lack thereof) of ethics in investment banking needs to undergo serious scrutiny to prevent situations like this from recurring.

There is nothing wrong with advocating for your client, but at a certain point, there is a level of egregiousness an advisor should be embarrassed to be affiliated with.  Investment bankers are like any other service professional: they need to act professionally.  Business owners and managers using outside advisors (legal, financial, or otherwise) would be well-served to periodically ‘zoom-out’ of their specific situation and ask themselves whose interest the people they’ve hired are working on behalf of.

As professionals, we need to focus on doing what’s right before what will earn the highest fees.  At McCombie Group, ethics are at the core of everything we do.  We are committed to serving as a fiduciary and communicating to clients objectively and transparently, even when it’s not the answer they want to hear.

Don’t Get Bamboozled By Your Investment Banker
May 27, 2021