Coronavirus is Infecting Our Economy: Brace for a Recession 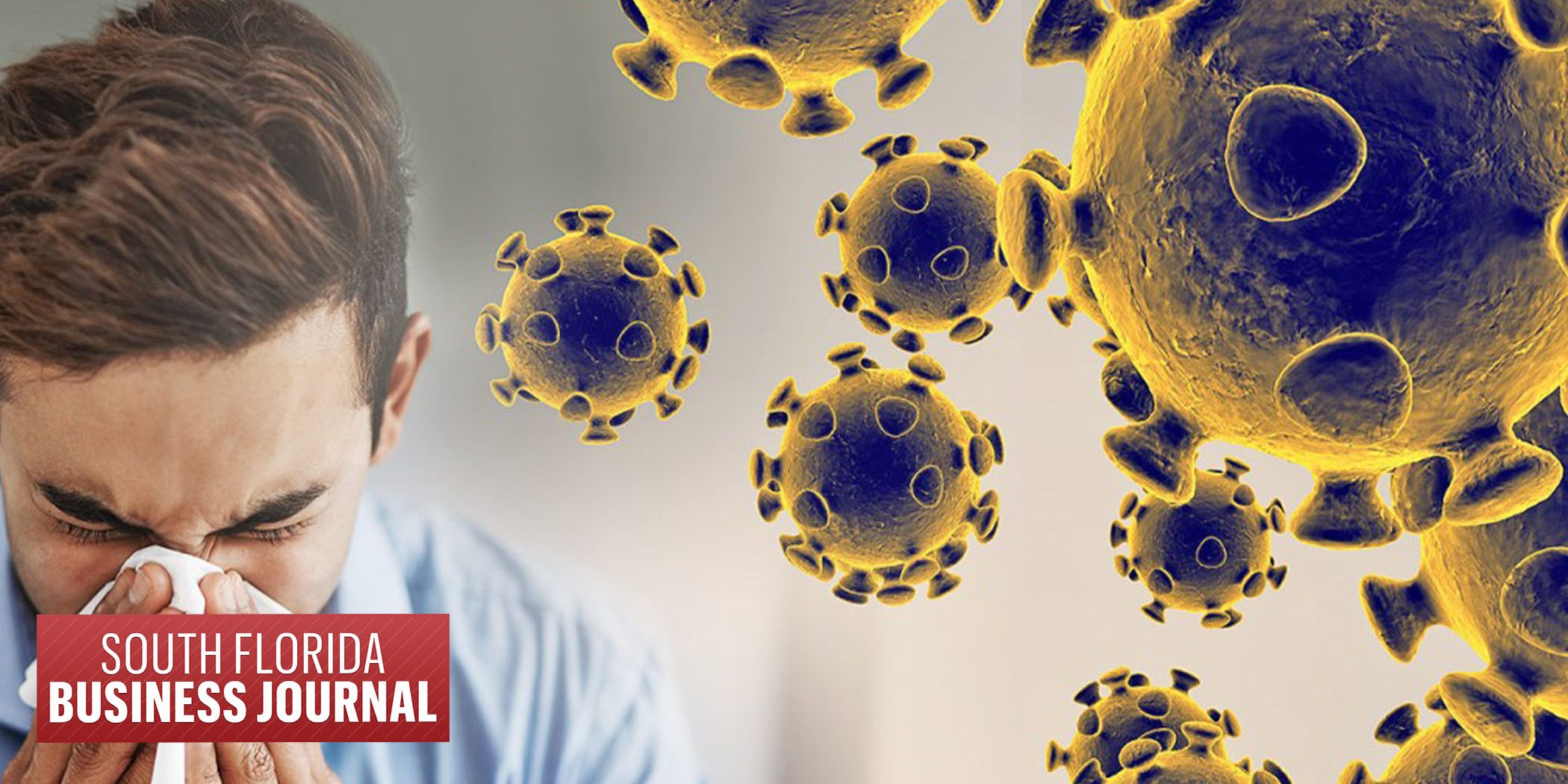 This article was originally featured in the South Florida Business Journal.

With the novel coronavirus pandemic mounting worldwide and businesses reporting widespread disruptions, as a US business owner, do you stay calm and carry on or do you batten down the hatches and prepare for the worst?

While we have been enjoying the longest economic expansion in economic history, recent dramatic stock declines insinuate deeper concerns. Bloomberg’s economic model predicts a 53% chance of a US recession, the highest reading since we exited the Great Recession, while JP Morgan interprets the probability at 90%. “I think it is very difficult to avoid a recession. The depth of the recession will depend on how the [Trump] administration reacts,” said Moody’s Mark Zandi, on CNBC on Monday.

And when all three of the top consulting firms with some of the smartest collections of business thinkers in the world are sounding economic alarm bells, it’s time to heed their warnings.

McKinsey outlined three scenarios from quick recovery to global pandemic and recession. Recessionary risk is real, a BCG consultant writes. “The vulnerability of major economies, including the U.S. economy, has risen as growth has slowed and the expansions of various countries are now less able to absorb shocks.
To be sure, industries on the front lines – airlines, cruise lines, hotel companies – have already taken a major blow but it’s too early to know how deep and widespread the impact will go. Still, experts from Harvard to the CDC have been signaling that COVID-19 is going to be an extensive menace for quite some time. What’s more, a vaccine is still 18 months away and the psychology of fear shows that right now people are very concerned and economies are being impacted accordingly.
While we wait for government statistics that lag four to six weeks, already real-time indicators show consumer confidence is waning and material disruptions are happening. Major conferences are being postponed, international flights are being suspended, workers and students are staying home in some locales, and entire sports seasons are being cancelled. We’ve already seen troubling early data points from individual firms, such as Landry’s reporting a $1 million per day reduction in sales at its restaurants, and other large enterprises including Apple, Microsoft and GE signaling their earnings will be impacted. Amongst others, Boeing has drawn down the full amount of its ~$14bn line of credit out of concerns that the lending markets may freeze up.  And while it’s probable some direct industries could be eviscerated, keep your eye on business at physical retail and face-to-face services. I don’t know about yours, but my neighborhood barber shop was already feeling the pain last weekend.
China’s experience is instructive as the country is a full month ahead of us in dealing with this crisis. Auto sales dropped 80% in February relative to 2019. Factory output dropped in February at the fastest rate on record  And a large percentage of sales went online.
How bad could it get? During the SARS epidemic, hotel occupancy fell to 18% in China.  In addition to hospitality other hard-hit industries were financial, transportation and construction. Sound familiar?
The US is economically more sensitive than China given our heavier weighting towards services. Particularly, middle market businesses have greater vulnerability because they generally have less visibility over their supply chains and less capital reserves. And in this era of increasing trade protectionism in the US, this additional economic shock is concerning as it could push us further towards isolationism.
We’re not advocating flipping out, but given the asymmetry of the risks, we recommend erring on the side of early preparation.

A wait-and-see approach is often the most damaging move in uncertain times, Bain & Co. said in a recent article.

Bain now rates the threat a 6 (on a 1-10 scale), and warns that by late-March it could be raised higher recommending the activation of second-tier contingency procedures,  such as deferring nonstrategic investments and implementing operational and financial preparations consistent with a 2-to-3-quarter recession.

While it’s too soon to know the extent of the economic blow the global outbreak will have, the current psychology of fear only increases the chances of broader contagion to other industries. Companies should act immediately to protect their employees and should start bracing for a broader recession.

We have also curated some of the best articles we’ve encountered regarding how to best navigate the near to mid-term environment:

Confronting the Potential of a Depression: The Truth Will Set Us Free
April 16, 2020
Go to Top